Attention. Redis Cluster is available for Creatio version 7.18.0 and later.

Redis Cluster technology will function even if most Redis instances fail. This is achieved thanks to the following features:

Deploy Redis Cluster on Linux with Redis Server 4.0 or later.

Since Redis is a single-threaded application and uses a single processor core, use a node (a computer or virtual machine) with at least a dual-core processor to deploy a single Redis instance. To ensure the maximum fault tolerance, use a physical machine for each Redis instance so that every master-slave instance is physically separated. Use the requirements calculator to check the server requirements. 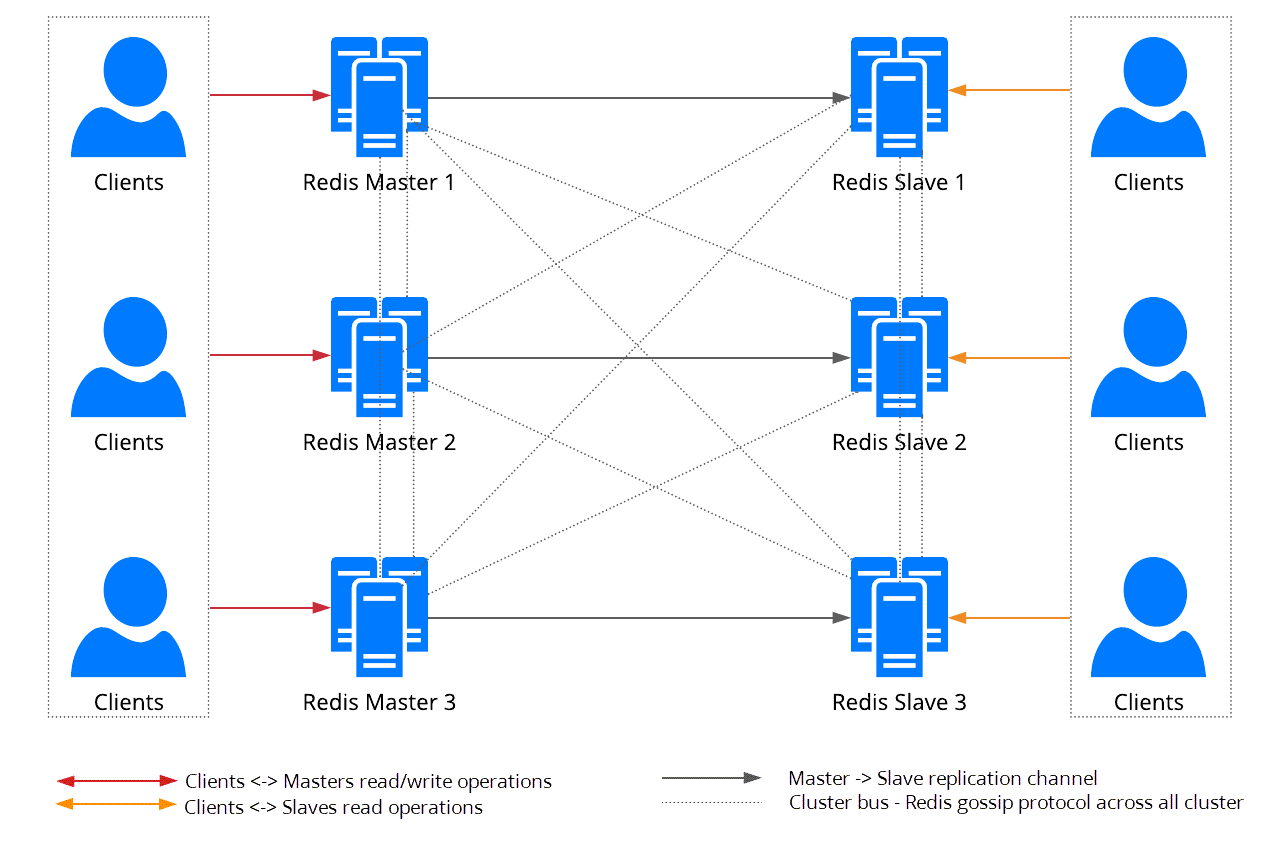 Should a master Redis instance become unavailable, Redis Cluster will initiate failover. During the failover, Redis Cluster promotes one of the Redis slave instances to master. Creatio will use it instead of the previous master instance.

Attention. There is a risk of losing records with any configuration that replicates data asynchronously. This is because Redis Claster may have insufficient time to write data to a newly-promoted slave instance. The automatic reconfiguration that assigns a new master instance may take up to 15 seconds.

Redis Cluster is bundled with the Redis distribution. The latest Redis version is recommended.

Learn more about the installation process in the Redis documentation. There is a Redis Cluster configuration setup example in the “Creating and using a Redis Cluster” section.

To monitor the cluster status, run the following checks when connecting to one of the nodes: